A case of survival

OK so that’s a click-bait style title but this is what happened to me this year. And not for some high falutin’ poetic reason – writer’s block or creative differences – but because I simply felt that efforts put towards writing, like efforts put towards almost everything else, were not as important as humanity’s main goal: survival.

That sounds dramatic because it is. We, as a global society, have been ignoring the deadlines given by independent scientists with nothing to gain by lying or exaggerating, to save our planet. They told us in the 80s that carbon emissions would cause the planet to heat up. Also in the 90s. Some countries signed up to a groundbreaking international agreement to try to prevent this. Other countries didn’t sign. Some countries who did sign, changed their minds later.

Nothing, on a big enough scale, has been done.

Research confirms what those scientists predicted 30 years ago: the warming process has begun. We are already 1 degree, on average, warmer than before the industrial revolution. 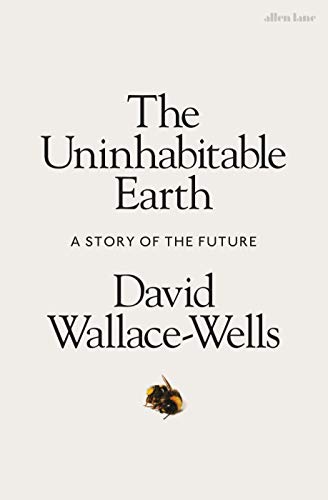 But this is an average. An average which includes temperatures of minus 40 at the poles, and plus 40 at the equator. Taken across thousands of locations, they have all been averaged out, and the average point has moved. The planet is overall warmer, and that’s not good.

Arctic and Antarctic ice is melting. Think sea level rises, release of methane (a powerful greenhouse gas). There is major snowmelt on high peaks – think no winter store of water to fill spring rivers and irrigate cities and crops in summer.  Between receding coastlines and reduced fresh water supply, that’s less agricultural land. That’s less food.  So all animals, including us, will be competing for food and water, in less habitable space.

When will this happen? Now. People we all know now, our children or grandchildren, will experience a very different Earth. Extra energy  – heat – in the hydrological system* has made every storm stronger, every hurricane and tidal surge more deadly. Weather systems have become more intense. In dry areas, wildfires occur more easily, burn longer, and there’s less water to put them out. Fires also release heat into the atmosphere, and smoke, which traps the heat. Meanwhile, the planet’s natural carbon sinks, the rainforests, are being destroyed for timber, houses and palm oil.

Somehow, governments across the world have read the studies (or, presumably, the one-syllable word summaries of the studies) which show all of this, and shrugged. They can’t all be as stupid as they seem, so why have governments almost universally dismissed what is happening? Why is there not a worldwide drive to legislate against carbon emissions, to revolutionise water and land use and stop warming before it reaches a point where a feedback loop spirals us ever upward into a hotter and hotter, uninhabitable world?

Well, I guess it’s because governments want to get re-elected, or in the case of dictator governments, not to be overthrown by next door’s dictators.

Legislating against the use of fossil fuel or palm oil would damage economic growth. And for some reason it was decided a century or more ago, that infinite economic growth was not only possible (idiots) but desirable. So kneecapping oil companies or automotive manufacturers, banning palm oil or illegal irrigation, might damage the wealth being generated by those activities.

So governments allowed individuals to attempt to do their bit – wash laundry at 30 degrees and drive hybrid cars and carry a water bottle – while not doing anything themselves. You might notice that governments have a lot to lose by stopping global warming – most money, but also power and comfort. They have nothing to gain. Mostly they are in power for a short period and there are no consequences if they screw up.

Ordinary individuals have nothing to gain by taking action on global warming. People sacrifice a bit of comfort by not running air conditioners, or driving big flashy trucks, or carrying a reusable bag instead of grabbing a plastic one at the checkout. But individuals, who live longer than governments, have a lot to lose too, mostly their homes, and the future of their children and grandchildren.

There’s not much more that activists or scientists could say to make this any clearer. This is a species survival situation, an emergency in which we have a decreasing window of time before a heat tipping point is reached.

So it’s not lack of knowledge that’s stopping governments acting. Like people who see the photos of diseased lungs on the backs of cigarette packets but still keep on smoking, this is a choice issue. Governments see the disaster, and choose not to act on it.

So all of this has had a bit of an impact on creative impulses. What to write about, if not this existential threat? It makes sense to try to reach climate change refusers through story when fact has not reached them. Russell T Davies has made a giant stride towards this. Kim Stanley Robinson, too. As artists, we need to be selling policy makers the dream of survival, of being known forever as the heroes who saved the planet. 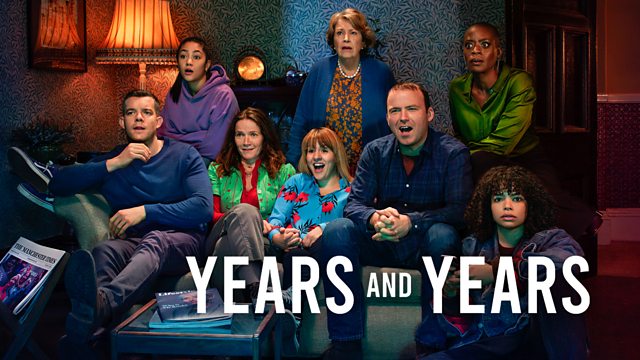 The trouble is that governments know that if the world does end, for humanity at least, then nobody will be there to blame them, and they personally will be long gone, having lived out their lives in comfort.

I suspect that story can only go so far – can only reach those who choose to listen. I suspect that the only answer is revolution, an uncomfortable thought. I’ve only ever known peace in my lifetime. But this revolution need not involve violence. It could start with simply refusing to shop.

If we all stopped shopping for, let’s say, a year. If we only bought food and fuel. If we used libraries and cooked at home and spent our holidays in the garden, quietly tending the plants – Governments wouldn’t know what had hit them.

Jobs would be lost, industries would go down in flames, tax revenue would plummet. Life would be hard for a lot of people, in the short term. But then we present the ransom note. Legislate, we say, and we’ll start buying again. Work with the rest of the world and we’ll think about going out for Starbucks.

I reckon it would only take a year. That could easily kill the most polluting industries and most damaging agricultural and economic activities. We’ve already shown that targeting certain areas brings swift action. Look at McDonald’s and plastic straws. Imagine a US government data analyst discovering that for 365 days nobody had eaten steak. How quickly would subsidies on cattle production be reviewed? One year of individuals, linked by the internet, refusing to buy anything that allowed damage to continue.

One year. Most of us in the developed world have a house full of stuff we can use. We don’t need more. We’re not going to starve, or die of boredom.

We wouldn’t need to tell anyone we were doing it. We could just … stop.

*I can provide links to the evidence of my other big claims, too, if you like. They’re not from cuckoo fantasists in their back yards dreaming up the apocalypse. They’re all as rock solid as, you know, NASA.