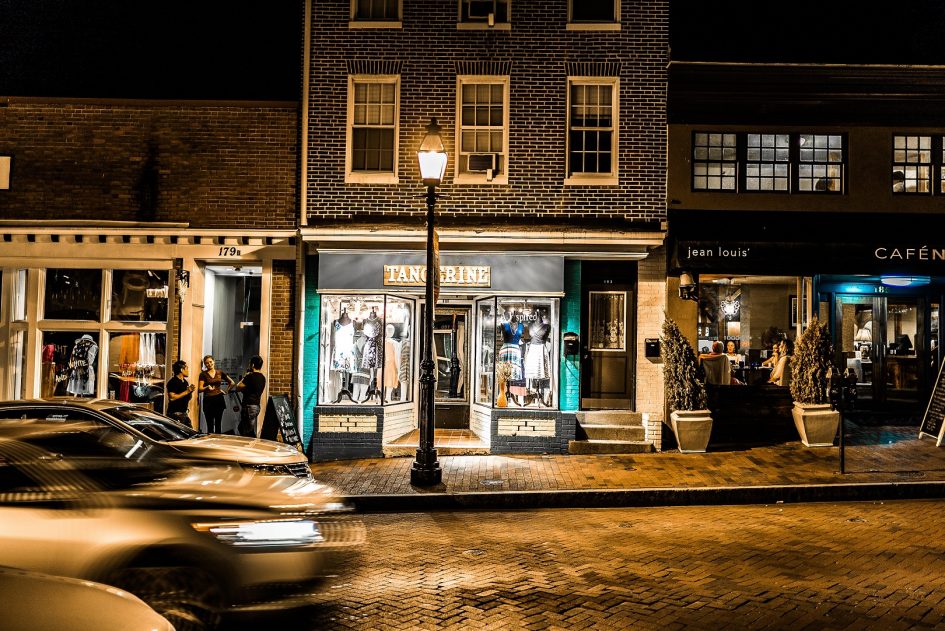 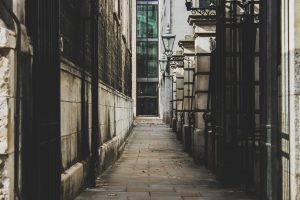 “It’s the perfect time. Everyone is but a neck, suspending eyes over a screen. Necks are exposed, vulnerable, easy to crack.”

Callum accepted some more wine from his girlfriend’s stepdad and avoided replying by sniffing it.

“Don’t pretend the smell means anything to you,” Keith said with a smile. He returned like a king to his seat at the head of the table. “I know you prefer beer.”

Olivia glanced at her stepdad and made a face Callum was beginning to recognise. It seemed like a smile, a playful, teasing smile, but around Olivia’s eyes, worry lines spread like spilled paint. “Dad, what were you saying about… necks-?”

So even she thought Keith was a weirdo. Callum sipped some of the wine, which was foul, and gave Keith a nod.

That was the noise he made, like someone who had only ever seen laughter written down.

“Ah, uh, fine. Cold.” Callum swirled the wine around in his glass. Now that Keith had pronounced him ignorant, he could neither agree, appearing craven, nor disagree, appearing rude. He rubbed the stem between his fingers like Neolithic Man attempting fire.

“Nothing to find, eh?” said Keith.

“Not yet,” said Callum. Irritation crackled inside him. Why was finding something the only measure of success, in other people’s eyes? Even Liv couldn’t understand that it was the digging which mattered, the attempt not the outcome. If nobody tried to understand the past, what was civilisation for? Of course, he knew he was in a minority.

“Nothing there, eh,” persisted Keith.

An image flashed into Callum’s mind, of a small white room, mirrored with pearlescent tiles. “Actually, we -”

Keith leaned across the table.

The image vanished. “Uh, excuse me a second-”

He ran to the bathroom and chucked up the wine, and most of the lasagne. As he knelt on the cold white floor, the image of the white temple came and went, and made everything reel.

Walking back to Callum’s place, Olivia said, “That went ok, I think.” She smiled blandly at other people on the dusky High Street, hurrying home after late-night shopping or post-work drinks.

“Er,” said Callum, and stopped dead. He turned to face her, on the pavement outside B&M Bargains.

Her expression hardened. “Are you dumping me?”

“No! But-” How to explain about Keith, and the weirdness? It was always hard work, meeting a new girlfriend’s folks. But it didn’t usually make him throw up.

“His job is super high-powered,” she said. “He’s under a lot of stress.”

The fresh night air cleared Callum’s mind. He touched Olivia’s arm. “You’re making excuses for him and I haven’t even said anything yet,” he said. “Why?”

She scowled and strode away. Callum caught up and she allowed him to walk beside her. After a few moments she said, “Why do you think I live with my mum?”

They walked on in silence.

“What about your real dad?” said Callum. “He’s really nice. Why do you still spend time with that loser, Keith?”

What could he say? Nausea and white tiles flickered through his brain. “Hey,” he said, “what about next time we go to yours. I’ve never met your mum.”

Olivia sighed. “I hate having to live with her. It’s better when we’re at yours.”

She made an appealing face up at him.

Alarm bells sounded in his head. No way. This was not going to be the start of a key to his flat, constantly staying over, all of that. He liked her OK, but she was flaky. Going out was fine. He didn’t fancy being her escape route from her family. He gave her a quick smile, wrapped his arm around her shoulder. “I’d still like to meet her.”

“All right. Next time. But I warn you, she’s like trapped in the twentieth century.”

“That’s OK,” said Callum. “I’m an archaeologist.” He gave her a squeeze. Keith and the freakishness were fading. “We could pop in on our way past-?”

“I’ll message her.” She thumbed instructions into her phone. “Ugh, hang on, work’s sent me a thing…” She bent her head over her phone.

Callum stuck his hands in his pockets. Epic romance it was not, but at least they weren’t arguing. He’d had a headache all week, ever since starting that new trench up on the moor. Relationship issues were the last thing he needed.

“Don’t mind me,” he said. She gave him a playful elbow, her head still hanging over her screen. They strolled along Morley High Street in a more amicable atmosphere.

They were level with Argos when Callum saw the black snake on the pavement.

It was about eight feet long, and a foot wide across its belly. Its skin was matte, with a rainbow shimmer, like the finish on a modded BMW with a flip-flop paint job. It lay on the pavement outside Barclays Bank, ten yards away, fitting its body into the crook of the wall under the cash machine.

“What?” Olivia batted away his arm. He’d halted but she kept walking.

Callum pulled her back. “What the hell is that?”

“That. That… snake.” He pulled out his phone. Camera app, quick, plus ready to call – Who did you call for an escaped giant snake? He had no idea.

Liv was staring around. “What are you on about, you nutter?”

Callum’s phone was dead. All day at the dig and no chance to charge it. He shoved it back on his pocket. “That snake, that thing!” He pointed.

Olivia turned towards the snake and then back to Callum, her expression just like the one she used with Keith. “Are you all right? Are you feeling dodgy again?”

The snake lifted its head. It wasn’t really a snake. Callum saw that now. Its face was plated, like the head of a fossil fish, and its eyes were dull and yellow. It swung its head towards Callum.

She was already looking down at her phone, dismissing his panic. He grabbed the wretched thing from her hand, and said, “Look!” but by the time she did, the snake was gone.

He hadn’t imagined it. He knew he hadn’t. Yes – there on the ground in its place was a greasy mark, a slither-track. And another, and another –

Jeez. The High Street was criss-crossed with snake marks like a sky full of contrails.

“My mum says she’ll put the kettle on,” said Olivia.

Callum stepped over the nearest oily mark. There was no avoiding all of them. At soem point, unless he started high-stepping like the Monty Python sketch, he’d get it on his boots. Then it would be on him, he’d carry it around, it would come back with him to his flat – where would it end?

The question echoed in his mind. Where would it end?

This story got interrupted by Easter school holidays, a new job, and various other Real Life items. It can hardly now qualify as an April A-Z blogging challenge, put it that way. However, reclassified as Occasional Fiction, it will continue. -Sef