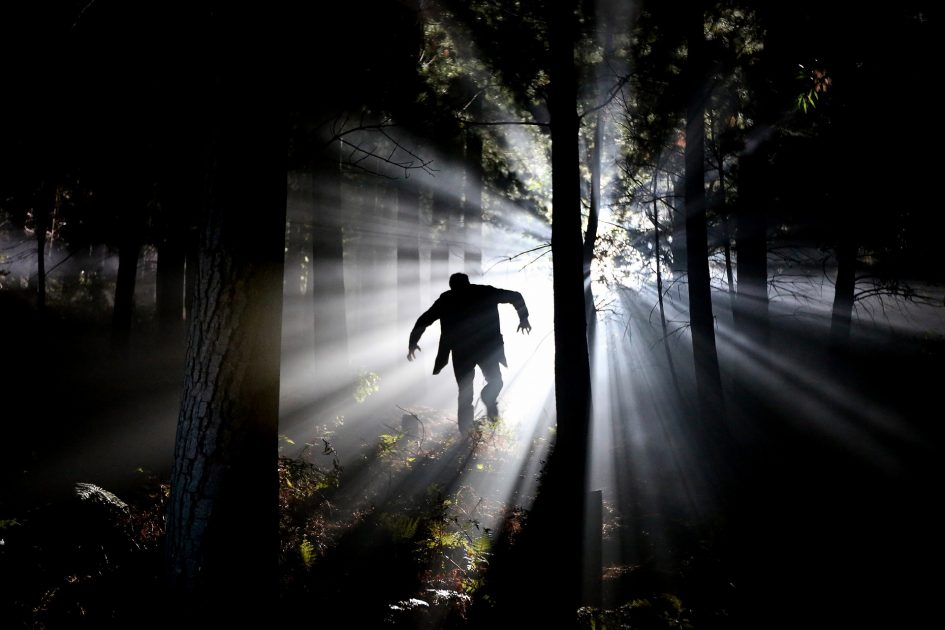 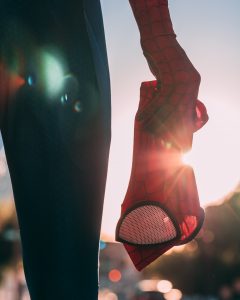 There’s nothing worse than a hero who is too heroic. Maybe the hero is a beautiful girl with a deep sense of honour and a desire to see justice done in the world. I hate her already. Or perhaps the hero is big, strong, decent, and not afraid to wade in and fix international politics. I loathe him too.  In 1940s kids’ adventure stories, these were the heroes we longed for – people whose innate sense of Right would fix the broken world. But today these pure-good characters come across as two dimensional.  What, no moral flaws? No secret shame? We find it hard to believe in them. Are they robots?* So today’s heroes often feature a Flaw which is supposed to keep us rooting for them, imperfect as they are, just like us.

I don’t mind a flaw. It’s generally a good thing in story creation. But maybe it would be more interesting to subvert fantasy tropes completely and do something different. Which brings me to Tom Cruise in the 2017 reboot of Egyptian-undead fantasy nonsense, The Mummy. –Warning, if you’ve not seen the movie: spoilers ahead!–

The best thing about The Mummy 2017 was that its hero was not much of a hero. From the start, he’s not even really a good guy. It takes a  while for us to believe it – we’re so used to seeing Tom Cruise save the day, that it’s nearly impossible to understand that in this story, he’s a guy who doesn’t have much of a moral compass. By the end of the film, he’s a monster, having made a deal with the Big Evil.

This is not a Flaw TM, like ‘being a bit shy’ or ‘being a male nurse’. This is voluntarily turning yourself into a monster and riding off into the distance to wreak havoc on the world. Whoa. 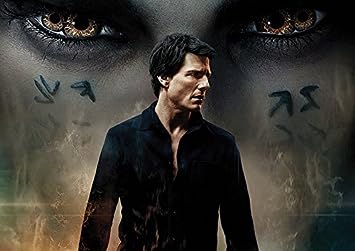 Tom Cruise before being turned to the dark side. You can see he wants to go.

There’s no going back from what Cruise’s character did. He’s on the side of evil, forever. He’s lost the girl, lost his best friend, and lost his place in society. He’s unrepentant-evil, and I love it.

There was lots to love about this movie, especially if you are a fan of Tom Cruise, explosions, and disintegrating undead armies. But the subverted hero was my favourite aspect. I think the writers should have started with this, and taken the story on from there. Think Mitchell and Webb – Are we the baddies?  (If you’ve not seen this excellent sketch, watch it here). Well, what if we were? What do you do if you find yourself on the wrong side of the moral divide? Do you embrace it, knowing there’s no place lower to sink? Or do you fight it and use your position of evil power to shake up how we think about our very existence?

The moral dilemma was one of the strongest things about Joss Whedon’s writing for Buffy. He took the Villain With a Heart of Gold trope and made it real. You can’t un-vampire yourself but you can try to do as little harm as possible, and eventually, fuelled by true love, you can act for the forces of good. Whedon did this for the character of reluctant-vampire Angel, and then, amazingly given how it began, he did it for foul-mouthed, dirty-minded Spike too. (Spike may have been my favourite character).

Buffy. Plenty of shades of grey here. -In the character setup. (And in the fanfiction, but that’s another story.)

I’d love to see the rebooted Mummy take on this challenge. I’d love to see Tom Cruise play a dark character – we know he’s a fantastic character actor, routinely cast in good-guy roles because of, well, the way he looks, but more than happy to take on ugly-guy and interesting-guy parts when he can. I’d love to see how releasing the Big Evil plays out and how it affects ordinary people, ie, the ones generally only seen diving away from exploding market stalls.

Making the hero an unreconstructed bad guy is not a new idea. A lot of fantasy revolves around some pretty dark characters. Antiheroes stalk around in long black outfits cutting down everyone in their path without a thought for the innocent lives they’re ending. They sow destruction in the quest of whatever McGuffin it is this week, have some loveless sex in the middle of the book, and move on, unchanged.

Yawn. Apart from my general dislike of grimdark, a two-dimensional bad guy is just as dull as his saintly equivalent. It’s the conflict between good and bad which makes a character interesting. I’m reading Django Wexler’s Shadow Campaigns series at the moment – about a world where people can carry demons, willingly or not, wielding the demon’s power or being consumed by it. I want you to read it too, so I’m giving no details, but let’s just say it is Very Good and also Unbearably Gripping when you don’t know if your good guys are actually good or not.

Returning to The Mummy, what else would I keep, ditch or steal?

Russell Crowe as Dr Jekyll before his Chaotic Cockney transformation., Also, he appears to be on the set of The Greatest Showman, or is that just me?

Russell Crowe doing Ray Winstone. This man was made for Cockney. Love it! His voice is extraordinary, resonant, even better than he’s always been; like listening to Eminem on that Ed Sheeran song and thinking, this man has a Voice and he is using it. Jekyll is also a hero who’s a monster, by the way.

Tom Cruise’s MC not even starting out being a good guy, despite the female MC telling him every five minutes that he is.

The SPOILER main character taking the bait and turning himself deliberately into a monster. I love that. Yeah, maybe it was to save the female MC. Maybe not. I don’t believe a word of it.

The MC, now a monster, bringing his dead best friend back to life and the best friend still complaining. So much mileage in that one.

Tom Cruise making everything look good. This must be why actors in their late thirties are considered too old for roles and then the movie hires the nigh-on 60-year-old Tom Cruise instead. He is just very cool. (On screen, I mean. His life choices are his own.)

Almost no gratuitous female nudity. The Egyptian goddess/monster Amet manages to get through three-quarters of the film without a single shot showing off her near-naked body. That was good. Then towards the end, she starts doing that leading-with-the-breasts walk which I hate.  Ugh.

Almost no gratuitous male nudity. Tom Cruise also does NOT need to take his clothes off. Let’s not objectify anybody, OK?

Jekyll/Hyde’s lab. I wanted to know the history of every single item in the specimen museum. That webbed hand? The sabre-toothed human skull? There’s so much to work with here and the lab was not even destroyed in a fight, accidentally loosing an evil power, as is required.

The first Mummy movie had a great nostalgic period setting.

No 1930s setting. This disappointed me. Somehow fantasy is not as good in the modern day. Think Raiders, King Kong: better in the 1930s.

Overlong action scenes. Yawn. Big bang, terrifying precipice, collapsing building… come on. Tell me the story. This is just holding us up when we haven’t even found the sarcophagus yet. Films need something cool at the start, then they must launch into the story, setting up the conflict. That took at least half an hour in The Mummy 2017 during which I thought, nothing’s happened yet. Just explosions. Explosions are not a story, film-makers!

No explanation as to why the female MC wanted to know about what lay beyond death, and no follow-up after. That seemed interesting. I bet she’d want to track down the new monster and ask him.

Plotholes. The whole ‘how did the Egyptian goddess Amet KNOW her stone was with the buried English knights?’ thing. Why were they her faithful army? It felt like there was a whole section cut out (and replaced with explosions).

No female characters at all except the two female MCs. Everyone else was a man, thereby allowing Amet to snog them without a zombie-lesbian-killer woohoo from the audience. But how much more interesting if she was not remotely bothered about the gender of her victims because rape is about power not sex.

Too long! I would shorten it by quite a lot to allow more rest time (ie dialogue) between explosions.

Too dark! I would shoot it with a touch of daylight so I could actually follow what the hell was happening in the fight scenes.

Too fleeting! I would do even more with the fantastic sets at Jekyll’s lab, and the original tomb in Iraq. Awesome sets but then very quickly they were explosions.

I would start with  more interesting story of how a monster god of death super-person (maybe villain or hero) battles his ex-girlfriend and Dr Jekyll/Mr Hyde for control over the evil in the world. I mean come on. There’s the story I want. A suitably shades of grey (not that one) MC with crazy power and mucho temptation. Plus a wisecracking sidekick in the form of the excellent Jake Johnson. If the monster is Tom Cruise then so much the better.

I did really like Annabelle Wallis as the female MC. She did not once take off her clothes or smooch the male MC. Neither did she scream. Gotta love that. She was also in among the action. We’re getting there, people,

Russell Crowe’s cockney accent and beautiful voice. Oh boy. I must seek out and watch Master and Commander.

I am done with superheroes. Despite the various attempts to make them more interesting and troubled, superheroes remain dull on screen. (Except Spiderman. So long as they don’t take away his sarcasm, there is hope).  Superheroes – even superheroes with a Secret Sorrow/ Shameful Passion – are basically guys in capes whose only job is to crush evil. And there are so many of them. I cannot walk down an imaginary contemporary American city street without having to shove my way past half a dozen of these bozos.

They might be good-looking but they are dull. Why do you think Loki was everyone’s favourite character?  He’s not a good guy. Much better.

So maybe it’s time to explore properly what it means to be good and bad, and to find out what happens when a good guy is truly turned to the dark side. Subvert fantasy tropes and switch around who’s on what side. A well-known space-based franchise had a fantastic opportunity to do this last year, which it completely fluffed. A legion of Reylo shippers cursed aloud. **

As it becomes increasingly difficult to claim that any nation or belief system is definitively on the side of good, maybe it’s time to work out what it means to be on the side of bad. Come on, Tom Cruise – if anyone can make an undead monster heroic, it’s you.

*Even robots have a tragic backstory in today’s world.

**That said, in today’s broken world it may be time for a return of the true blue hero. Perhaps we need The Rock to show up and prevent a skyscraper full of innocents being toppled by Evil Extremists. Perhaps we need Daisy Ridley with a searing lightsaber banishing evil once and for all, evil helpfully wearing Evil Guy Robes so it’s clear whose fault this all is.

There’s more to say on good guys vs bad guys. As a well-known trope-subverter Arnold Schwarzenegger once said, I’ll be back.

Are you on the side of heroic heroes, or evil ones? Let me know.