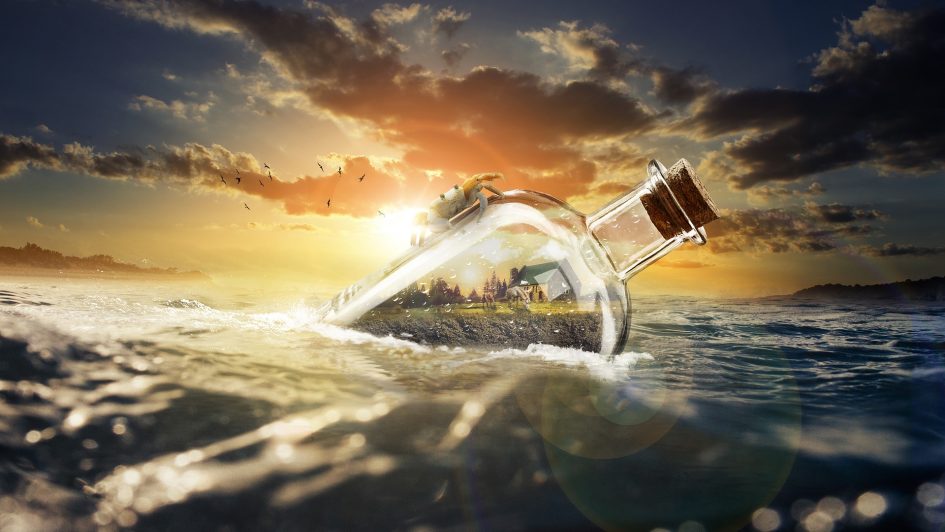 This week I have, again,  been writing short-short fiction – but the fifty-word stories were starting to seem … lengthy. I recalled the story attributed to Hemingway and thought, why not try to write ‘a novel in six words’? Here’s that famous six-worder:

Since this story appeared, many others have taken up the challenge to write a story in six words. There’s even an app and website for you to upload a six-word memoir. And I can tell you that to create a successful story in six words is very, very hard. But how do six-worders even work? How can they function as stories?

The Guardian newspaper challenged some well-known contemporary writers to create a full story in just six words. My favourite is this:

From the HuffPost link above, how about this one by a user called SQLWitch: Only child, but never the favourite.

So does something so short work as a story? is it, as the supposed challenge to Hemingway demanded, ‘a full novel, in six words’?

To me a six-worder is more like a poem. When you read a  poem it transports you instantly to a specific place and time and emotion. A few words capture the necessary sensations and transmit them to you, the reader.

Six word fiction must attempt the same. But how?

For me the secret as always is in the use of specific words – exact words. Generic descriptions have no place in very short fiction. Every word must convey as much as possible. So for setting, a dialect word instead of a standard received word, might convey the location, age and political views of a characters.

A character’s name might do the same. See ‘Adolf’ as used in one of the examples in the Guardian. That name conveys a world of backstory, saving the author the need to explain further.

Six word stories force the reader to imagine almost everything surrounding the story. This is a perfect example: A&E IOU. We must imagine why the narrator was in the emergency room. The details don’t matter – the fact that he now owes them, presumably his life, is the only information we need. In six words (more accurately, in five letters!) we learn of his crisis, the outcome, and his gratitude. Big kudos to Toby Litt.

How about this story by Kate Atkinson? Here the writer has relied on shared cultural history to supply the reader’s understanding of the crisis and the outcome:

This might be any story, but we know of a famous virgin, and a famous story of something impossible. A reader in another culture without knowledge of Mary, Jesus etc  might still find the story entertaining – after all, in the context of virginity, we pretty much know what it is that it ‘can’t be’ – but would miss the rich humour of updating the pregnancy scene to imagine Mary holding a plastic stick with a blue line, brow furrowed, while skeptical onlookers ignored a heavenly choir.

My favourite as a full story from this list is undoubtedly from Helen Fielding.

Here’s a traditional story format, a sequence of events with clear cause and effect. I love the ambiguity of ‘he isn’t’. Dad isn’t back, or isn’t Dad? Or both, probably.

There’s no doubt – to write an effective six-worder requires a lot of skill. So much easier to give yourself two or three hundred words, or a couple of thousand, to get your point across. But there is something liberating about to remove all but the last six words from a tale.

Too often when trying this exercise, I’ve removed extraneous parts and found no story left. A tableau, perhaps, without tension or interest. I’m especially struggling, I think, because my stories tend to take place in fantasy worlds, which I must convey to the reader as well as giving them some kind of plot. The shared cultural thing is not open to me in that case.

Nonetheless it’s six word stories this week. Here are some six-worders for you.

The ground rejected my lover’s worship.

See? No monsters! said the paedophile.

Coffee really picked her up. -Splat.

Seatbelts, kids! The bridge is out.

Tied with ribbon, to the tracks.

Can you write a story in six words? What’s your favourite from the various stories shared here? Let me know in the comments!