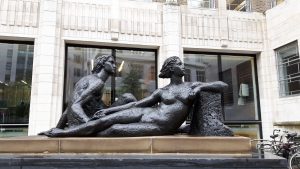 Don’t lose your reader’s attention with a dreary prologue – use these cheats to weave in your backstory.

What is it about fantasy fiction that tempts authors into creating prologues? I’ve come to the conclusion that it’s because fantasy storylines so often depend on events long previous to the main action of the story. But readers (according to popular belief) skip prologues. They want to get to the action.  Therefore most writing advice says to avoid prologues. But how do you do this exactly?

In the nineteenth century it was acceptable to begin the story with the birth of the hero (think David Copperfield, Jane Eyre) and spend a good few chapters detailing his/her early life and adventures, before reaching the main thrust of the book. Jane doesn’t meet Rochester for absolutely ages, during which you mainly learn that school is horrid and boring. Given I was sitting in school being obliged to read this yawnfest, I tended to agree, and couldn’t wait to not read Jane Eyre ever again.

(Film-makers could learn a bit from this as well. OMG the tedious opening of Fellowship of the Ring. Or Minions.  Or that sci-fi thing I never finished watching even though it had Matt Damon in.)

Today’s reader wants to start with the story, not the backstory. I imagine Bronte would nowdays begin the book as Jane arrives at Rochester’s gloomy house, and weave the school/orphan/misery parts in over the following pages.

So can a fantasy story avoid Jane-Eyre-esque torture for the reader whilst still bringing them up to speed with how the ring/grail/chosen one was forged, lost and found again?

Of course the reason I’m wondering this now, is because it would make my life much simpler if I could just bung in a prologue explaining why dragons/Vikings/Arthurian mythology. But I personally never read prologues and I don’t want to write one. So here are some thoughts on how you can have a prologue, without having a prologue:

I’ll let you know which of these I choose. And in about six months’ time you can expect another post… on epilogues.