Like the plague: why you should avoid writing groups 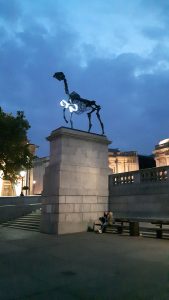 Is being in a writing group just flogging a dead horse?

I’ve followed Joanna Penn for a little while now and found her website and its writing resources very helpful. So the chance to hear her advice on publishing, specifically self publishing, at the SPS summit in June was too good to miss.

Everything she said was relevant and informative, but one thing leapt out. She obviously knew it might be controversial but she went ahead and said it anyway:

I spluttered my coffee when she said this – in approval, not outrage. Because with one notable exception, every single writing group I’ve been involved in has been utterly useless for learning or improving as a writer. They have mostly been useless for anything at all.

Joanna knew the reason why. Because the people in your writing group are not your target audience. Simple.

To explain: in a writing group, everyone writes in different genres and styles; ranging from literary fiction or poetry to fantasy novels and category romances. So the criticism offered is influenced by writing and reading taste, and might not reflect the quality of your work within its genre. Essentially, the people in your writing group are, as Joanna put it ‘not familiar with the tropes of your genre’ and so can’t judge whether you’re using those tropes well or badly.

I almost fell off my chair. Of course! So obvious. And it also explains why giving criticism is so hard in writing groups. You read the poem, you can see there’s something going on with it, but it is Not Your Thing.

This means I can choose some writing in my own genres to critique, and give knowledgeable feedback. It also means the stuff is fun to read.

If I see something rather highbrow and literary I can engage if I wish, but there are a bunch of other people better qualified and more interested, who can do that for me. And if my honest response would be Please Stop, it is much better if I don’t have to mince words to avoid crushing someone’s dreams. It’s not necessarily a reflection of their writing skill, only of my deep dislike of highbrow, literary things. That’s what 3 years of Eng Lit will do for you.

But if you’re not signed up for The Write Practice, then what?

Joanna’s suggestion was to seek out readers/writers within your genre, within your target audience, and get feedback from them. She personally prefers to hire experts for specific critique – the examples she gave were of an expert on Maori culture, and an expert on Mumbai – and also to hire editors to do the kind of line-by-line picking that writing groups might offer. All this struck me as sound. Joanna suggested, shock horror, the internet as a brilliant resource for finding your genre experts and critique partners.

Just to be clear, she didn’t say writing groups were horrible – only that the people in them are by definition all amateurs (she put it more nicely). If you were learning to drive, you wouldn’t get in beside your non-driving friend and say, Well, let’s try this, and encourage each other when we seem to be doing something right. You would pay an instructor or seek out an experienced mentor.

I quite fancy having Joanna Penn as my mentor. Hey Joanna, pretty please?