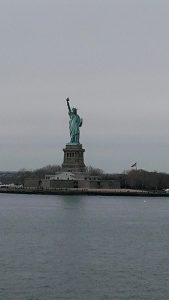 I carry the torch for big, cinematic settings, so where can I put my climactic battle?

My current novel is an adventure story so I always imagined it would climax with an epic battle. Only problem – I’ve never written a battle scene. I have written action but always small-scale, and always based around an emotional moment. I’ve never tried to co ordinate armies –  and personally I glaze over during those clash-bang scenes in films and books. Yeah yeah, troop movements, just tell  me who wins and who dies, OK?

Here’s KM Weiland’s take on the thing, and I’m relieved I’m not the only one who finds big sweeping action dull unless there’s some character development to draw me in:

She uses an example from the screenwriting book Save the Cat, which is on my shelf…ahem, and never read. So there’s one task on my list for this week.

Maybe this week’s goal is to get inspired for the war which is about to break out.  Maybe that’s my breakthrough in my outline – all is about to end for my lead, and then phew, war breaks out, except not phew because everything is now much much worse. Yup, that could work.

1.Read some battle scenes I liked. Or might like. Narnia? I had to skim most of the GoT stuff as it was so violent. My book is not gory. Yup kids, welcome to my new genre: cosy war.

Diana Wynne Jones has some big fights in her Chrestomanci series, plus Howl’s Moving Castle. That’s more my level. The stakes are high but nobody gets eaten by hounds.

2. Practise writing some individual action for example scenes where:

Those small scenes might help me with the big scene.

3. Investigate settings. I’m always inspired by real places, or places glimpsed in fantastical movies. Glancing through fantasy art on Tumblr is good too. That would be some very pleasant homework!

4. Climax/battle setting. My big battle needs a great setting. A cinematic setting. In my fanfiction I always tried to have the big emotional scenes at big filmic settings – Statue of Liberty*, abandoned hospital island, etc – so I need one for this. It’s notionally set in Britain so there’s scope for more ‘research’ there. Think  Man dangling from the face of Big Ben, or Woman clinging to the mast on the Eiffel Tower, for the level of drama I want.

Ok. CJ Cherryh does great ‘big’ scenes, so does Michael Crichton and Lee Child, but those all focus on a single character or small group of characters, in a tight spot – often literally for Crichton, the master of claustrophobic tension. I think that is far more my forte. Big setting, but tight spot. Food for thought there.

PS* (I haven’t yet written my Statue of Liberty scene. It’s for Elementary fanfiction and it involves stolen gold. I’m just quickly getting this novel out of the way first…)