My Biggest Pants Yet – outlining a novel, Part 2 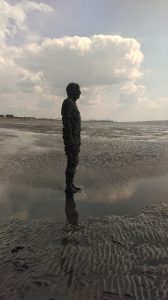 I read these books last week when I got in trouble with outlining my first novel. Below are my impressions of these books, and what I’ve learned by reading them.

Take off your pants! by Libbie Hawker. This was my first admission that, for a story longer than anything I’d ever written*, I needed help.

Libbie Hawker’s book started out annoying – I dislike the cosy, sparkly tone she adopts – but soon it gets down to solid advice, and her own suggested formula for a satisfying story structure. She uses one of her own books as an example, but also some well known stories. I liked the shape of her outline, but had trouble with her definitions of the Antagonist and Ally, since they seemed to be the opposite of standard explanations of these.

I could see what she was getting at, but I couldn’t pin these definitions on any of my characters. Did that mean I was trying to write a novel without either of these? I didn’t think so, but I couldn’t make it stick.

I liked her iteration of the ‘Drive for Goal>Antagonist Attacks!>Thwart>Revisiting Main Character’s Flaw>New Drive For Goal’ flow. I can totally see how that could lead the reader through a series of increasingly Bad Things until the main character is forced to address their Flaw, challenge the Antagonist, and be changed by the outcome. I tend to do this anyway, but I don’t think I use the Antagonist/Ally double-whammy she describes. So this book was interesting but I’ve yet to get a handle on applying its ideas.

Super Structure, by James Scott Bell. James Scott Bell proposes a different structure, based around the main character experiencing a disturbance in their status quo, and then being propelled through two ‘doorways of no return.’ I like this simpler idea, but then got stuck again trying to identify my doorways. Is it when my character runs away recklessly seeking glory? Is it when his home is destroyed by the bad guys? Is it much, much sooner, when he first arrives at the strange village? Aarrgghh. (But see my later post on this – Sef)

Twenty Master Plots and How to Build Them. Ronald B Tobias’ book is a little different. It suggests you identify your story as one of his 20 basic types of plot, and then use the corresponding deep structure. My plot is easily identified as a quest (hurrah – I can ignore the following 19 chapters) but then again I got tied up in trying to match anything in my book to any of the stages Tobias insists are fundamental.

Lessons learned about structure: think about structure when you first brainstorm your ideas. That way, instead of shoehorning your existing plot into a structure-shape and assessing if it works, you can be starting from an empty system which you can fill with your inspiration. I never thought I’d say this, but maybe I need some slightly smaller pants after all.

Jump back to Part 1