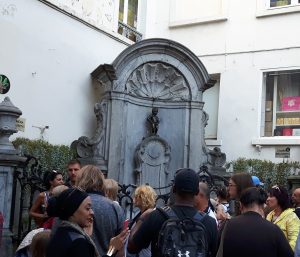 It might be the worst time and place to do what you gotta do, but that’s what makes it interesting. And ironic.

One of the key points in Blake Snyder’s guide to writing is that a compelling storyline has something ironic about it. CS Lakin says the same thing – she demands that a story has a kicker, an ironic aspect that turns an interesting idea into a must-read one. But how do you develop situations full of irony? Here are some starting points.

I hope these give some starting points for stories containing the irony Snyder and Lakin recommend. Once I started looking, I was amazed at how bestselling books and movies focus on a character who is the least qualified person to tackle the problem presented in the story. My eyes have been opened! Let me know how you come up with kickers for your stories.

Or try this one for fantasy jobs, from Seventh Sanctum. Actually I recommend Seventh Sanctum for anything- it’s been around for years and just keeps getting better!

You can also procrastinate for ages by googling World’s Worst… Be astounded at just how bad some places/things/people are.

PS: The statue in my picture is Mannequin Pis in Brussels, where I was last week. And yes, he is doing what the name suggests.