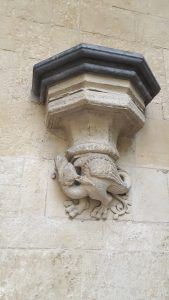 I’ve now finished reading James Scott Bell’s SuperStructure. I was a bit sniffy about it in an earlier post and didn’t feel it could apply to me. But now I’ve changed my mind, or at least, moved the furniture round. I’m ready to finalise my story outline and crack on with the writing the middle and end. And this book, along with the others I’ve read, has helped with that goal.

I have trouble identifying the beats or structure elements of stories. I don’t know why. I guess I feel stories more than I analyse them. You just know when it’s time to step up the action. You just know when characters are standing around talking about their relationships instead of moving the story forward (boo, Doctor Who for being guilty of this one – you should really know better and it’s for KIDS who are the sharpest detectors of boring grownups talking boring stuff).

Ahem. Anyway I’ve always just known. Even in my long stories, I just knew. But a novel is more than a long story and I’m finding that out.

For me the best parts of SuperStructure were the parts about the final battle and the end. These are the areas I know least about and where I have the fewest preconceptions.  And reaching these parts in Bell’s book, it all made a lot more sense:

So it was only the middle parts of Bell’s guidance that I struggled with. Antagonists and mirror moments and doorways of no return. Why do I find this so hard? I just don’t know. The concepts I grasp fine. Applying them seems impossible.

Of course it is the middle part of my book I am stuck on at the moment. I know what’s going to happen but I need to move my characters, and the heart of the story, from location A, through a brief sojourn at B, to location C. B and C could become one if that makes more logical sense. I literally have to get them across an ocean and I don’t have a reason for it except that the legend I’m sort of retelling takes place in location C.

I wanted to write this story because of my interest in this lead character. The others are less intriguing to me. One of them is practically only the love interest and I’m having a hard time imagining him as more. He needs to be more for the love part to work at all. So maybe I can ditch him? Or, better, plonk him at location A as a minor character, he can show up close to the end to offer a bit of light relief, but the real meat of the story is the lead’s transformation. Plus, obviously, saving the world.

These are hard things to think about, but I must. Apart from anything else, this is all good practice and learning. Also I said I would finish my outline by tomorrow and it’s already today.

Externalising the debate is helpful. Usually I just run through possibilities at the speed of light whilst typing. I like working that way. but it’s good try to new things too. After all, my usual way has not won me any Pulitzers. So let’s see.

One doorway is my character jumping through the first doorway to seek glory and freedom. But the consequences of that jump means there is no going back and the home he left behind is destroyed. OK. So far, so Star Wars. That leads nicely to Act 2.

The second big doorway is when my lead has to decide whether to risk all to destroy the enemy which has pursued him throughout, or use the coward’s way out which has been tempting him all along. Actually that sounds just like one of JSB’s examples. Maybe I’m not so horrible at this after all.

Task one of my two-day-outline challenge is completed. Now for the rest of it.

**Mirror moment. JSB describes this in an interview with KM Weiland as a point in the story when “The character is forced to look at himself. As if in a mirror, only it’s a reflection of who he is at that moment in time. Who am I? What have I become? What do I have to do to regain my humanity? Sometimes, it’s the character looking at the odds. How can I possibly win? It looks like I’m going to die—physically or spiritually. Now what am I supposed to do?” Interview here.

*** Doorway of no return. In his summary of JSB’s two pillars of story structure, Brian Klems describes the doorway of no return as a point where there is no way back for the main character. The first doorway in a novel  forces the character into Act 2.  The lead cannot go home, back to the old world they started in. The second doorway  makes possible or inevitable the final battle and resolution; this is often an event that feels like a major crisis or setback. I’ve paraphrased – the full article is here.